55 years for a murder they didn’t commit!

Last week on the Dr. Phil show I heard three boys talking about the burglary they had committed. My first thought was, well thousands of people commit burglaries all around the world every day, nothing new there. But this specific case was different. A short reconstruction: on the 3rd of October 2012 four boys between the age of 16-21 who are unarmed, break into a house in Elkhart, Indiana. The fifth boy, Levi, is waiting in the car. The boys first knock on the door to check if anyone is at home and when nobody responds they force their entry. On the hallway table are keys and a wallet. Suddenly they hear someone. They panic, flee into the bedroom and try to hide in a closet. The homeowner, who later declared he wasn’t afraid at the time, comes after them and shoots through the door several times. The bullets hit one boy in the thigh and kill another boy, Danzele, 21 years old.

That the boys, also known as the ‘Elkhart 4’, were guilty of an attempted burglary is something no one disputes. But because they were teens¹ and also unarmed you might expect a lighter sentence than what adults usually get for burglary. Then the story gets a bizarre turn. There is a law which says that if at the time of the crime someone is killed, the offenders – in this case the burglars – can be convicted for murder even if they didn’t pull the trigger (felony murder²). But contrary to what Sunny Hostin³ said to Dr. Phil, it was not a typical felony murder, because the boy that was killed was a co-perpetrator and not one of the victims or a third innocent party. What also didn’t help in this case was the US jury system. One of the jury members was on the show and every time he couldn’t come up with an answer he continued emphasizing the words ‘imminent danger’ like a mantra. Imagine that your fate depends on an average citizen with no knowledge of the law and filled with prejudices like you and me. The challenge is to be aware of your own prejudices and to overcome them, something a good judge is more able to do than a juror in my opinion.

What also struck me is that the defense which merely consisted of public defenders didn’t call for any witnesses to give some background information about the boys. Even the boys themselves were not heard. Furthermore, nobody questioned the actions of the homeowner. The fact that he shot unarmed teenagers who were running away and tried to hide from him, and while doing so injured one of them and killed another, was apparently considered to be a perfectly normal and legal act. Thanks to trial by jury – jurors can be easily influenced, they probably have good intentions but know nothing of legal matters – and a rattling legal system in Indiana that didn’t take into account the fact that three of the boys were adolescents at the time, and where archaic laws like felony murder have been wrongly4 interpreted, they were sentenced to 45-55 years in prison for a murder they did not commit. Welcome to America5.
Marjelle

¹ Adolescent development and brain science research show that, compared with adults, children and teenagers are less able to perceive and assess risks. The brain is fully grown at the age of 25.

² The felony murder statute in Indiana states the following: “A person who kills another human being while committing or attempting to commit arson, burglary, child molesting, consumer product tampering, criminal deviate conduct, kidnapping, rape, robbery, human trafficking, promotion of human trafficking, sexual trafficking of a minor or carjacking … commits murder, a felony.”
How then can it apply to the case of the Elkhart 4? The four boys did not kill Danzele Johnson, it was the homeowner that killed Danzele and he was not committing a felony according to the verdict.

³ Did Sunny Hostin make a huge mistake on Dr. Phil? We examine the case law that says she did! FreeTheElkhart4.com 18-01-2014

4 See also Supreme Court of Appeals of West Virginia decision, Davis v. Judge Fox and Sands The conclusion of the justices is that the majority of states in the US do not allow for felony murder prosecution when a co-perpetrator is the person who is killed.

5 My America – Interesting series of documentaries by Michiel Vos 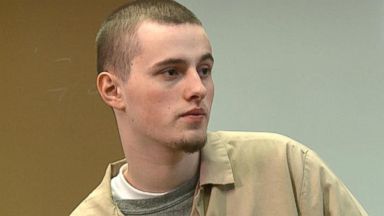 “Alarmingly, a report from Human Rights Watch and Amnesty International shows that approximately 26 percent of the 2,500 juveniles in the U.S. sentenced to life without parole received these sentences based on felony murder convictions. Though these children did not kill or intend to kill the victim, they have been sentenced to die behind bars.”
(Uit: The Huffington Post 10-04-2013)