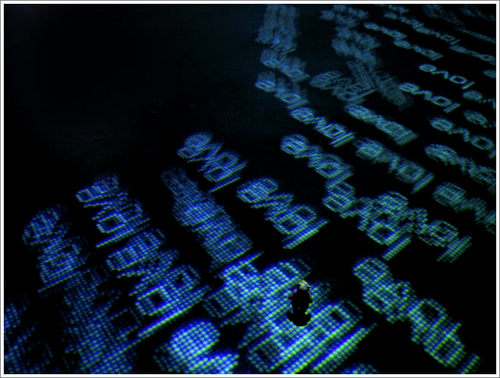 Is it getting better or do you feel the same

Geplaatst op 2 augustus 2010| 19 reacties
“Parole Hearings Man ‘Ellis Boyd Redding, your files say you’ve served 40 years of a life sentence. Do you feel you’ve been rehabilitated?’
Red ‘Rehabilitated? Well, now let me see. You know, I don’t have any idea what that means.’
Parole Hearings Man ‘Well, it means that you’re ready to rejoin society…’
Red ‘I know what *you* think it means, sonny. To me it’s just a made up word. A politician’s word, so young fellas like yourself can wear a suit and a tie, and have a job. What do you really want to know? Am I sorry for what I did?’
Parole Hearings Man ‘Well, are you?’Red ‘There’s not a day goes by I don’t feel regret. Not because I’m in here, or because you think I should. I look back on the way I was then: a young, stupid kid who committed that terrible crime. I want to talk to him. I want to try and talk some sense to him, tell him the way things are. But I can’t. That kid’s long gone and this old man is all that’s left. I got to live with that. Rehabilitated? It’s just a bullshit word. So you go on and stamp your form, sonny, and stop wasting my time. Because to tell you the truth, I don’t give a shit.’”

“Andy ‘That’s the beauty of music. They can’t get that from you… Haven’t you ever felt that way about music?’

Red ‘I played a mean harmonica as a younger man. Lost interest in it though. Didn’t make much sense in here.’

Andy ‘Here’s where it makes the most sense. You need it so you don’t forget.’

Andy ‘Forget that… there are places in this world that aren’t made out of stone. That there’s something inside… that they can’t get to, that they can’t touch. That’s yours.’

Red ‘What’re you talking about?’

Zihuatanejo… a warm place with no memory